×
Home/Bedding Tips: All You Need to Know/Simple Trick How To Insert A Comforter Into Duvet Cover

Simple Trick How To Insert A Comforter Into Duvet Cover

Do you have a hard time inserting a comforter into a duvet cover?

With this handy life-changing tip your days of endless fiddling with duvet and cover are over!

There are about 6 billion comforters in the world, and each year 2.1 billion more are sold. It is safe to say that everyone lives with some sort of comforter on their bed. Yet, over 80% of the people on the planet take the wrong approach by reinserting their comforter into a duvet cover. It is the most common mistake known to mankind.

For years we have been doing it the wrong way: turning the cover inside out, grasping the tips of the blanket on the inside and after some wild shaking moves it spreads out until the duvet is inserted. In itself, a great technique was it not that your arms always seem to be just a few inches too short trying to get it right. So, if you are struggling with this seemingly simple task, we dug deep to find out what is going on and found the following duvet cover hack.

Duvet Cover Hack – The Burrito Way
In the below step-by-step video instruction, a friendly California woman demonstrates how to make your bed in no time: She will show you how you can change your duvet within 1 minute with this incredible burrito rolling trick. Learning this trick takes a little bit of time and maybe it will take a little bit longer the first time but keep on doing it and practice makes perfect.

Now you can wash your duvet cover more frequently and hang out with your comforter so that you will have a better and healthier sleep!

Step 1.
Lay the duvet cover back to front on your bed with the opening at the base. 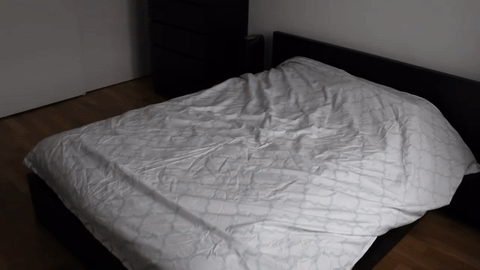 Step 2.
Place the duvet/comforter on top. 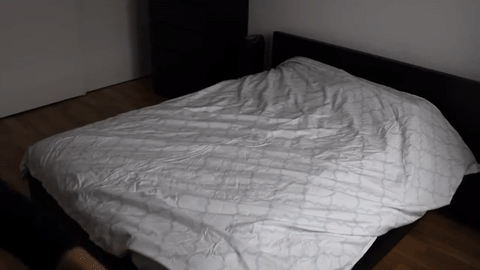 Step 3.
Align all the corners 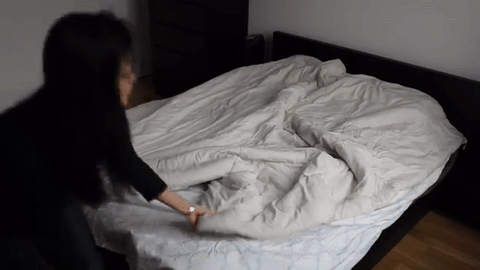 Step 4.
Starting at the head of your bed, roll your duvet cover and duvet/comforter up like a burrito. 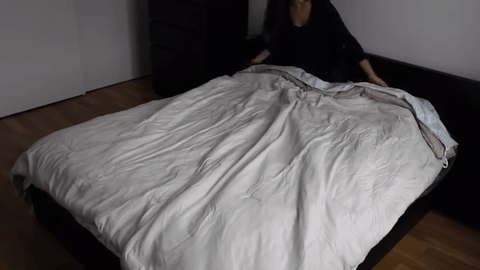 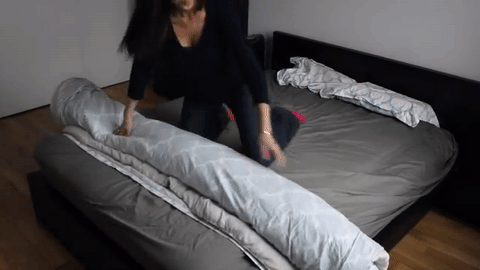 Step 6.
Repeat on the other side. 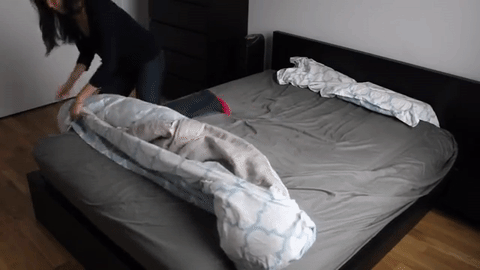 Step 7.
Repeat in the middle. 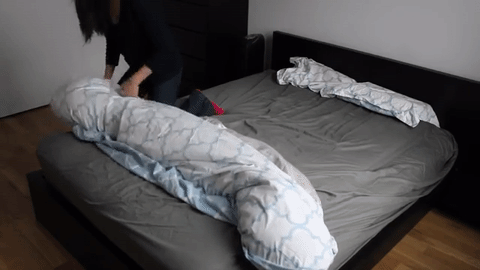 Step 8.
Simply unroll your bedding back up toward the top of your bed 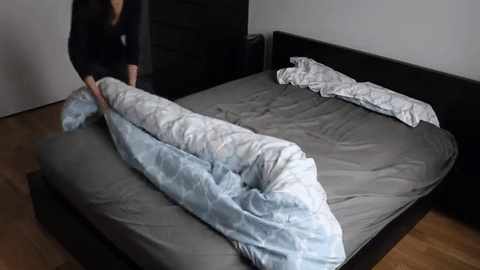 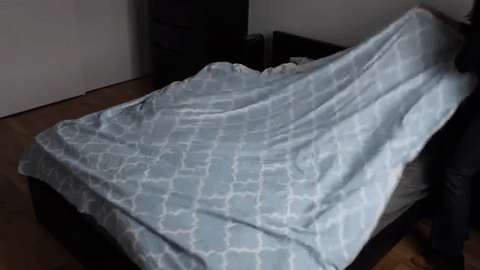 If you need to wash the duvet cover, remove your duvet cover by reversing these steps for easy removal.